Lahore is the second largest city of Pakistan and the capital of Punjab province. It is one of Pakistan's wealthiest and most beautiful cities. 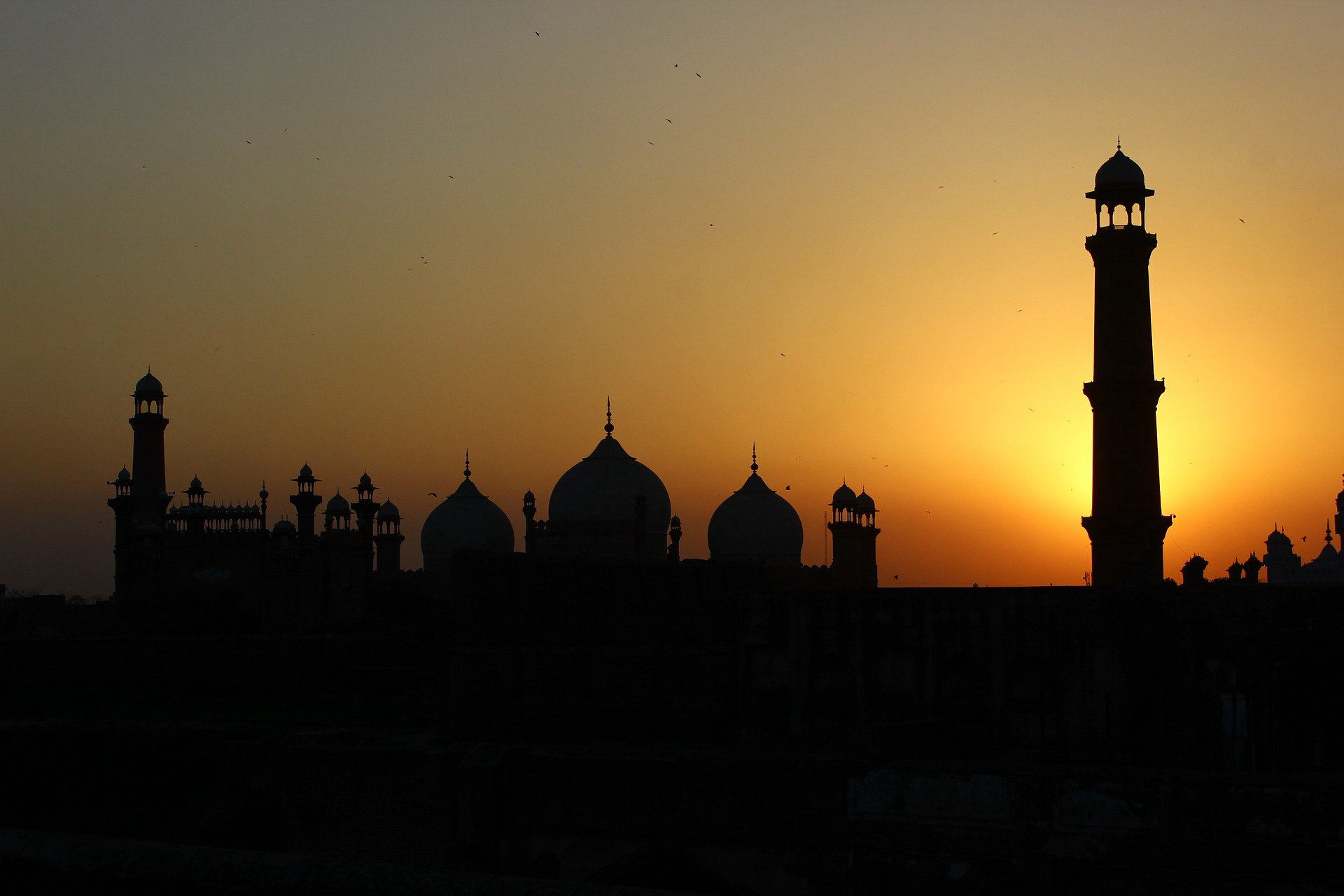 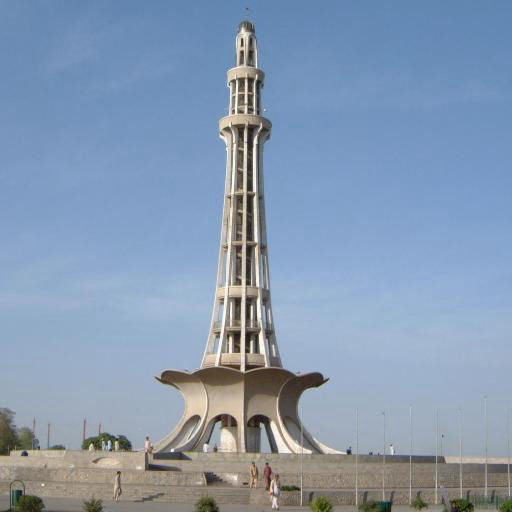 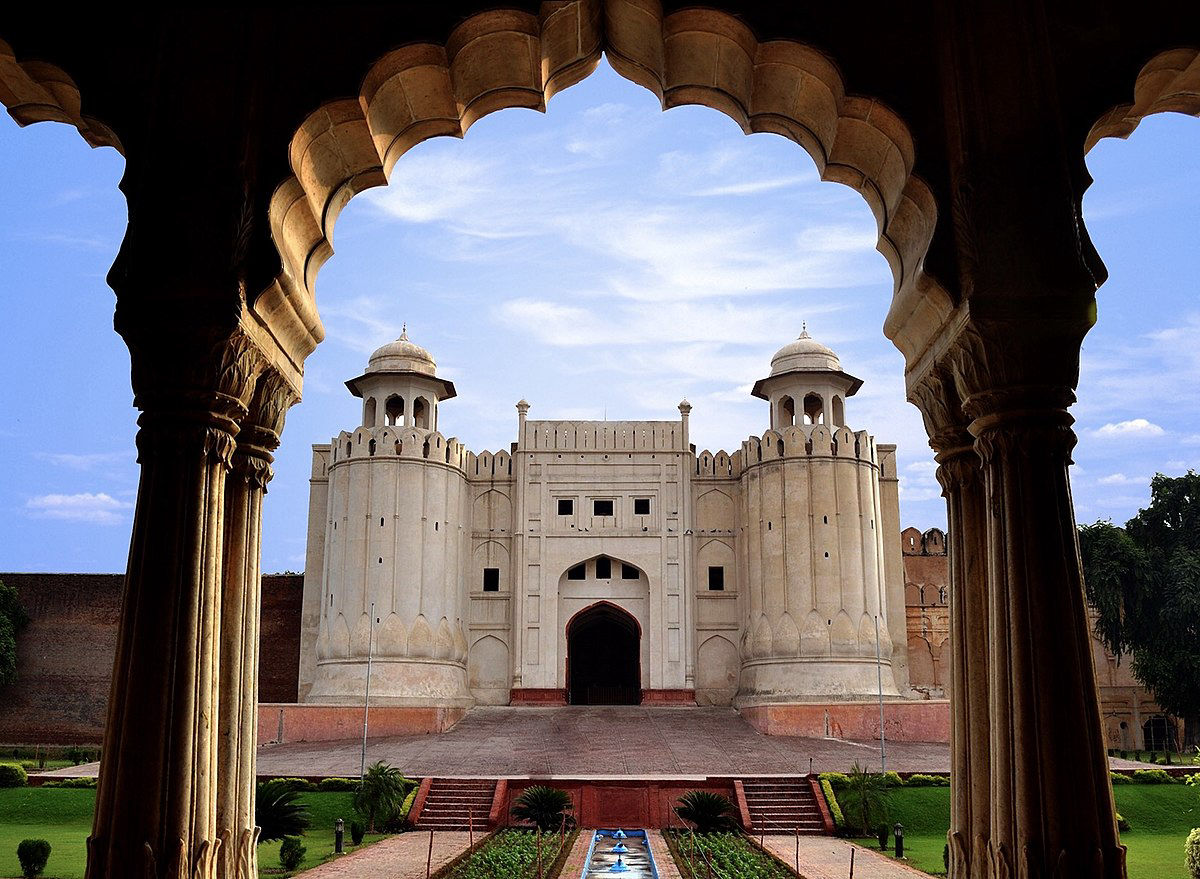 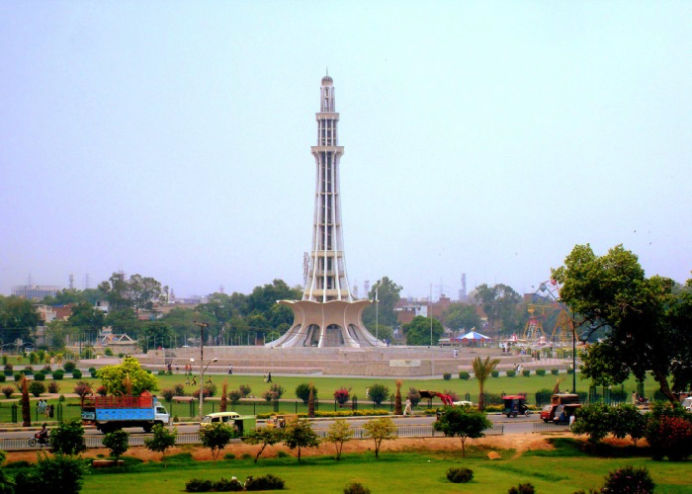 Minar-e-Pakistan is a national monument built between 1960 and 1968 to mark the spot where Lahore Resolution was passed on 23 March 1940, which ultimately resulted in creation of Pakistan. 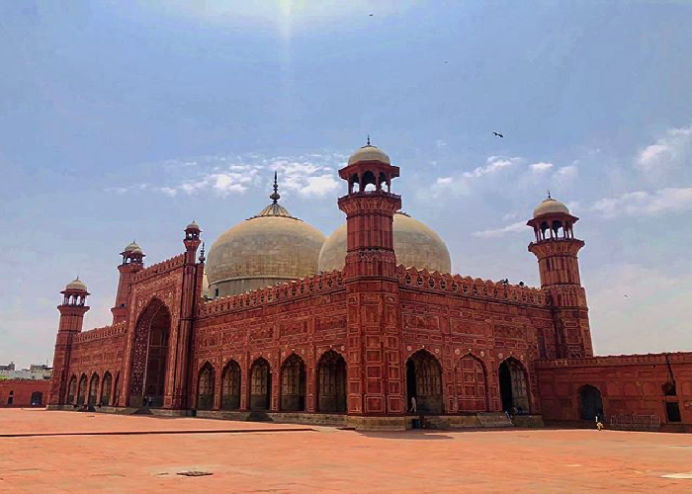 The Badshahi Masjid was built by Mughal ruler Aurangzeb in 1673. It was the largest mosque in the world from 1673 to 1986 when the Faisal Mosque was constructed in Islamabad. 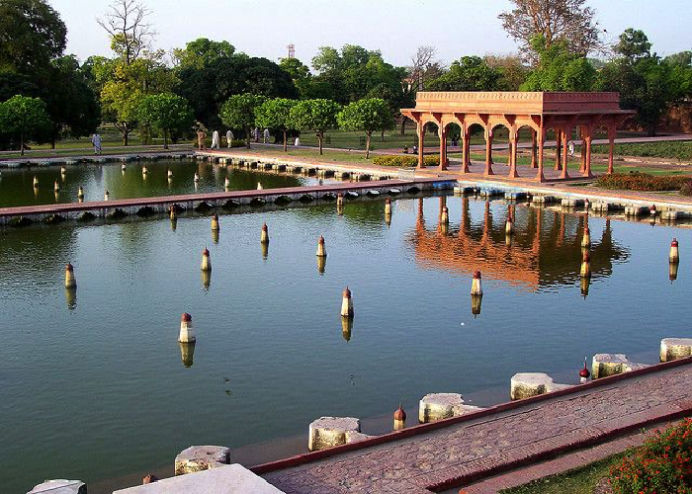 The Shalimar Gardens are a Mughal garden complex. The gardens date from the period when the Mughal rule was at its artistic and aesthetic peak. They are now one of Pakistan's most popular tourist destinations. 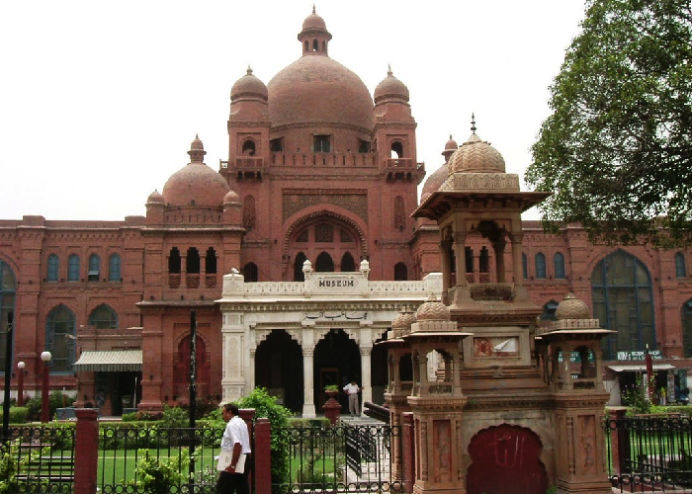 The Lahore Museum opened fully in 1894 at its current location on The Mall in Lahore during the British colonial period. Lahore Museum is one of Pakistan's most visited museums and one of the major museums in South Asia.

Built in 1634, the mosque is considered to be the most beautifully decorated Mughal-era mosque. Most of the mosque has fantastic glazed tile mosaics and frescos. It also incorporates 22 shops into its ground plan. 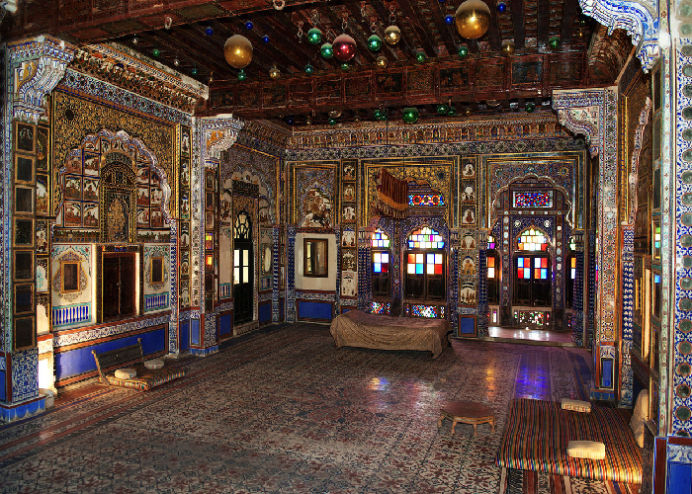 The "Palace of Mirrors" or Sheesh Mahal was constructed under the supervision of Asif Khan for ruler Shah Jahan in 1631-32 CE. It is widely known that Shah Jahan got it constructed for his beloved wife Mumtaz Mahal.

Location of Lahore City is bounded on the North and West by Sheikhupura district, on the east by India and on the south Kasur district River Ravi flows on the northern side of Lahore. Total land area of the city is 404 sq. Km. Altitude of the city lies between 31-15 and 31-45 North latitudes and 74-01 and 74-39 East longitude. Climate of Lahore city faces extremes climate, May, June, and July are hottest months. The minimum temperature varies between 39 C and 26 C respectively. While December, January and February are the coldest months. Languages spoken in the city are Punjabi, Urdu and English. Extravagant language, maybe, but admirers have always vied with each other to immortalize this Pearl of the Punjab.

Lahore is Queen of cities; others are like a golden ring, she the diamond. In the 12th century a poet imprisoned in Persia yearned for Lahore as for a woman: I want, some velvet form which emanates the fragrance of Lahore. For longing for Lahore heart and soul faint within me.

For ages Lahore has been a brilliant symbol of a gracious way of life. It had been the abode of great people, both in the spiritual as well as worldly realms. It has the imposing reflections of its Muslim builderswering ambitions and cosmopolitan tastes. The complex variety of Lahore which has grown form the wilderness, when Changez Khanordes destroyed its suburbs, to the 20 th century developments, is distinctive character of the city in various places and provides testimony to its cultural heritage. Lahore having been the seat of many imperial dynasties possesses interesting historical reminiscences. There is a fascinating and colorful panorama of extraordinary Mosques, Mausoleums, Fort, Gardens and the like. The grandeur of Lahore cannot be solely attributed to its buildings, gardens, monuments and other historical places. Rather it is its atmosphere and ambience, its moods of joy and sorrow, fairs and funs, pains and pleasures, and above all the colorful life of its people which actually render impetus to the spirit and sole of Lahore. 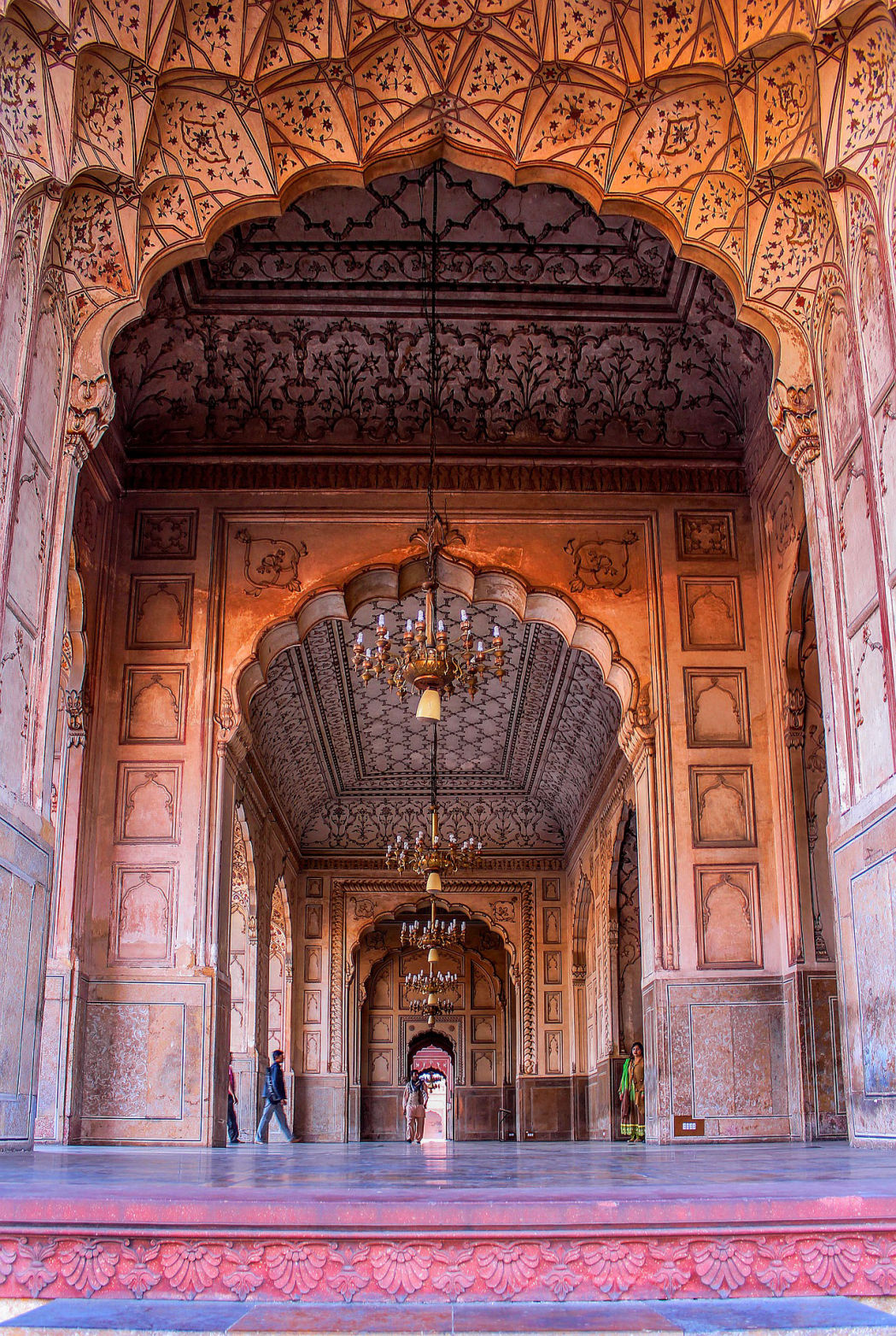 Lahore in the USA!

Did you know that there is a place called Lahore in Orange County, Virginia, United States as well?

Don't believe it? It's been there since 1850's! Check this link in Wikipedia and see it on the map.

Also see this article about American Lahore in the Washington Post 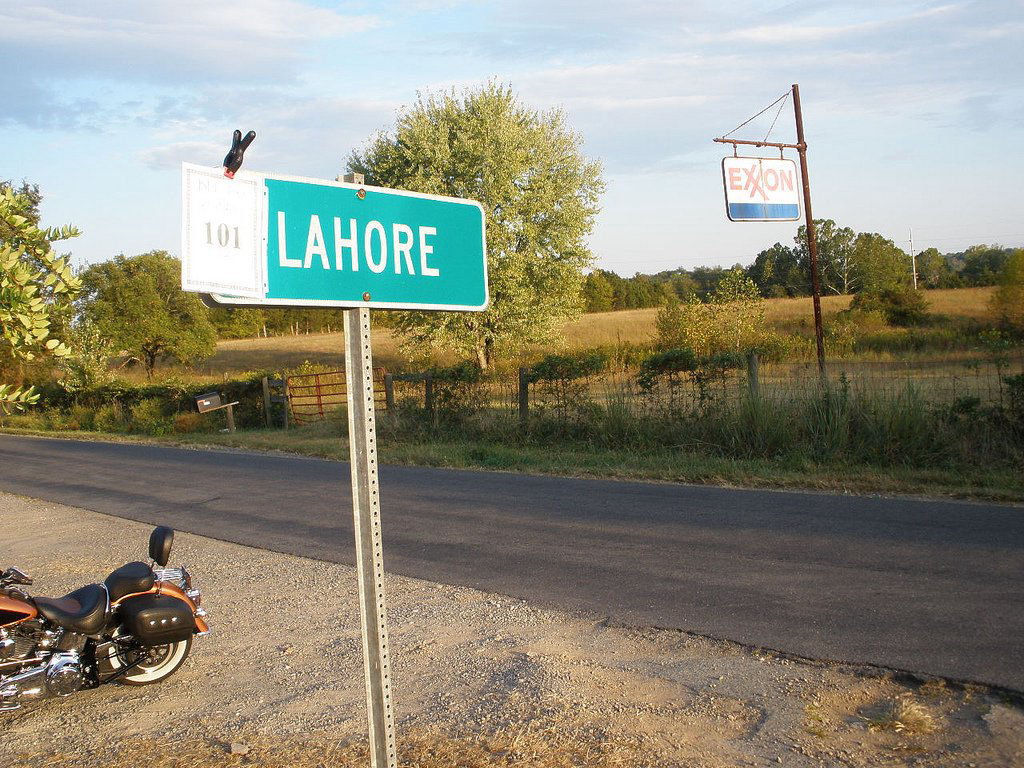 We would like to hear from you about how we can improve this site.

Please note that we may not be able to reply to everyone.